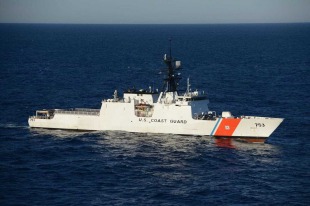 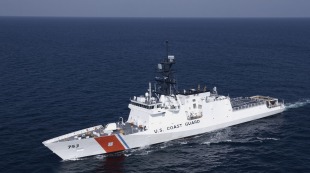 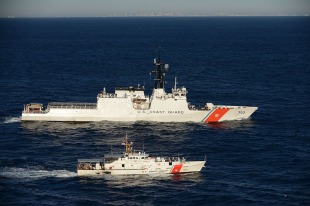 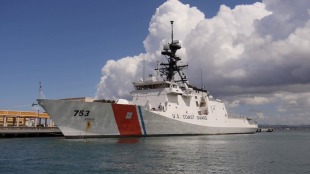 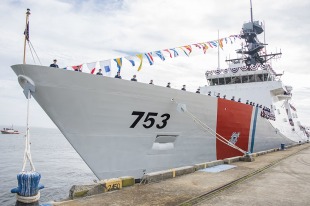 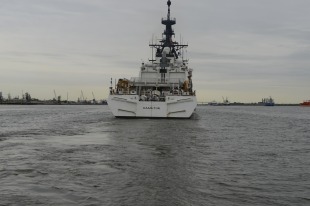 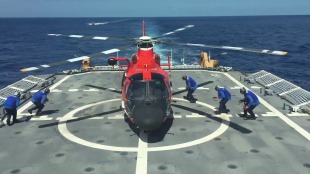 Hamilton was floated on 10 August 2013. The ceremonial ship launching (christening) was on 26 October 2013. She was delivered to the Coast Guard in September 2014. The cutter is homeported in the City of North Charleston, SC, at the old Charleston Naval Base