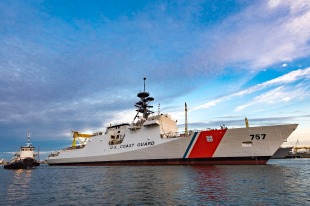 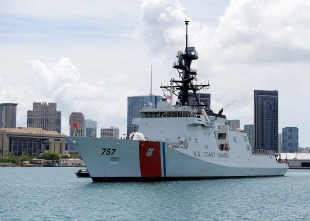 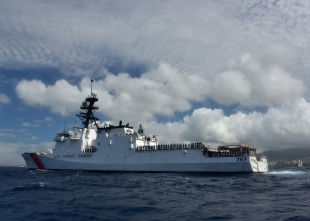 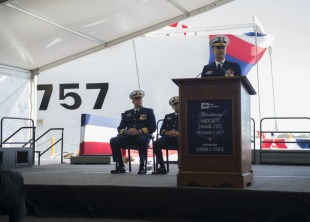 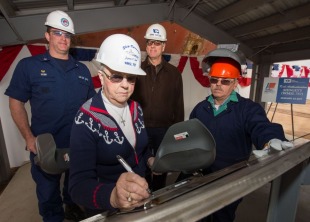 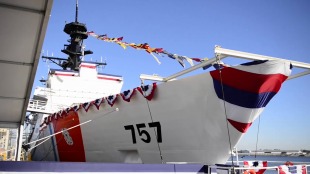 USCGC Midgett (WMSL-757) is the eighth Legend-class cutter of the United States Coast Guard and will be stationed in Honolulu, Hawaii. The cutter is being constructed by Huntington Ingalls Industries' Ingalls Shipbuilding Division and is scheduled for delivery to the Coast Guard in 2019. It is named in honor of all members of the Midgett family who have served in the United States Life-Saving Service, United States Lighthouse Service, and/or the U.S. Coast Guard. Seven members of the Midgett family have been awarded the Gold Lifesaving Medal including John Allen Midgett Jr. and Rasmus Midgett.