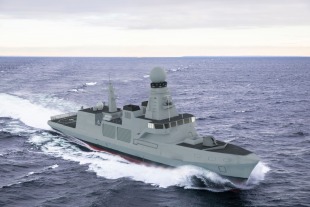 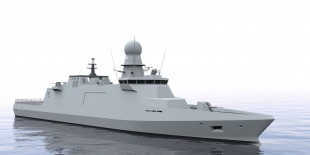 European Patrol Corvette (EPC or PPX) is a Permanent Structured Cooperation (PESCO) project that was adopted by the European Council on 12 November 2019. The objective is to design and develop a new class of warship. The project is coordinated by Italy, with France, Spain and Greece participating and Portugal as an observer. In December 2021, it was reported that Norway and Denmark had also joined the project.

The ships will have a conventional hull of different dimensions, armament and propulsion systems. The EPC will be have at least two versions:

Other sources had earlier suggested that three variants were to be considered:

Whatever the configuration and variants, as of 2022 the participating member states aim to potentially sign a contract as early as 2025 and the keel laying of the first ship to take place in 2026 and delivery starting in 2030.