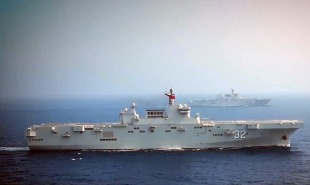 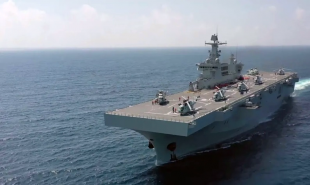 The Yushen-class landing helicopter assault is a class of Chinese amphibious assault ship under construction by the Hudong–Zhonghua Shipbuilding company. The Yushen-class helicopter dock is a new generation of amphibious assault vessel and far larger than similar ships previously constructed for the PLA Navy. The ships would give the Chinese navy the ability to launch various types of helicopters to attack naval vessels, enemy ground forces or submarines. The vessels will also be able to deploy landing craft and troops, plus house command and control operations.

The Type 075 class has a full-length flight deck for helicopter operations and features a floodable well deck from which to disembark hovercraft and armored amphibious assault vehicles.

In terms of size and tonnage, Type 075 class is estimated to be larger than the Australian Canberra class or French Mistral class and second only to the U.S. Navy's Wasp class and America class on the world stage.