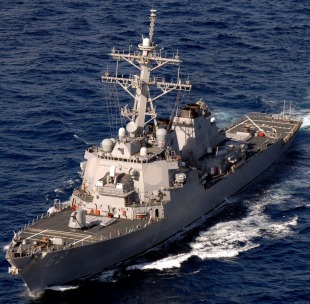 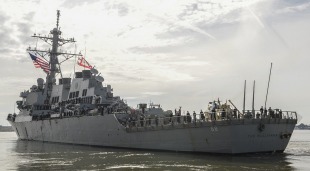 USS The Sullivans (DDG-68) is an Arleigh Burke-class (Flight I) Aegis guided missile destroyer. She is the second ship of the United States Navy to be named for the five Sullivan brothers – George, Francis, Joseph, Madison, and Albert Sullivan, aged 20 to 27 – who lost their lives when their ship, USS Juneau, was sunk by a Japanese submarine in November 1942 in the Naval Battle of Guadalcanal. This was the greatest military loss by any one American family during World War II.

The first ship named for the brothers was the Fletcher-class destroyer USS The Sullivans (DD-537), now a museum ship in Buffalo, New York.