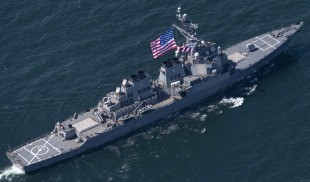 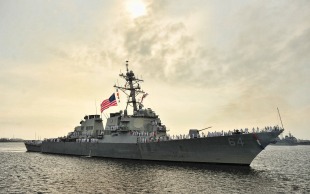 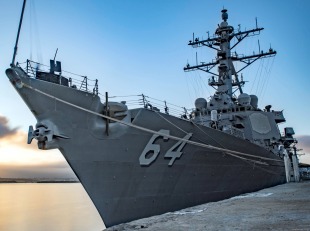 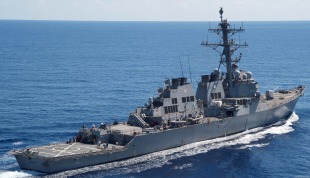 USS Carney (DDG-64) is the 14th is an Arleigh Burke-class (Flight I) Aegis guided missile destroyer in the United States Navy. The ship is the first to be named after Admiral Robert Carney who served as Chief of Naval Operations during the Eisenhower administration.

Carney was laid down 3 August 1993 at Bath Iron Works in Bath, Maine. She was launched 23 July 1994 with Betty Taussig, daughter of Admiral Carney, as sponsor. She was placed in commission 13 April 1996 and is homeported in Mayport, Florida.