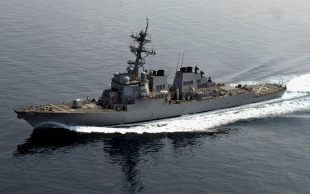 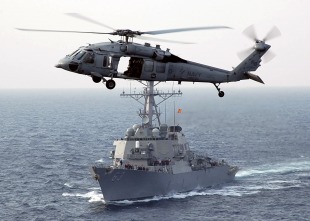 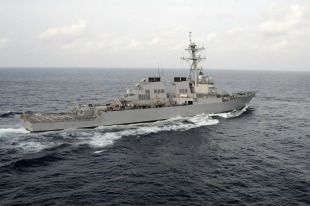 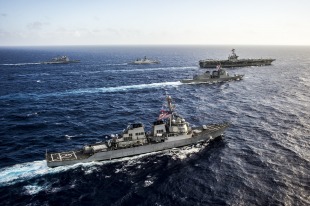 USS Stethem (DDG-63) is an Arleigh Burke-class (Flight I) Aegis guided missile destroyer in the United States Navy. The ship was built in Pascagoula, Mississippi, starting on 11 May 1993. She was commissioned on 21 October 1995. She is part of the Pacific Fleet, assigned to Destroyer Squadron 15. The Stethem was named for Steelworker 2nd Class Robert Stethem. He was a Seabee diver killed by Shiite hijackers onboard TWA 847 at Beirut International Airport in 1985.