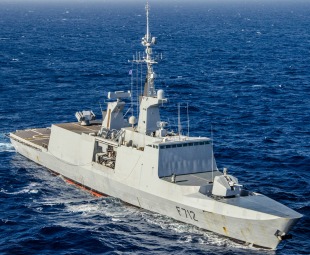 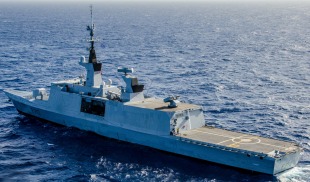 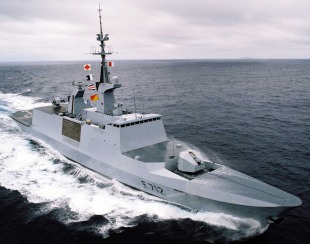 Courbet is a general purpose stealth frigate of the French Navy (Marine Nationale) of the La Fayette class. She is the third French vessel named after the 19th century admiral Amédée Courbet.

Courbet was the first ship of her class to begin a mid-life upgrade in October 2020. The upgrade is designed to permit the frigate to operate through the 2020s and into the 2030s and incorporates the addition of hull-mounted sonar, improved point air defence systems as well as the latest variant of the Exocet anti-ship missile. The frigate returned to sea in June 2021 following her upgrade. She is projected to remain in service until 2032.

In future it is also planned to incorporate the CANTO anti-torpedo countermeasures system in the frigate.