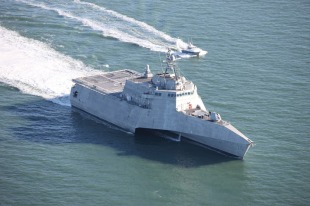 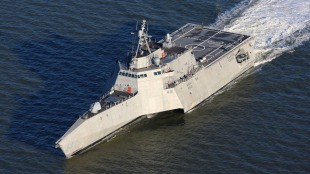 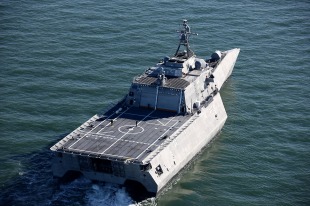 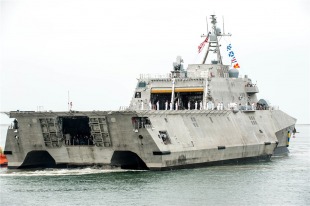 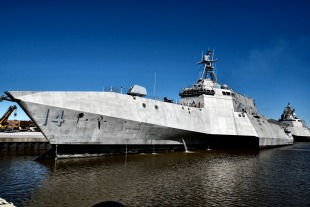 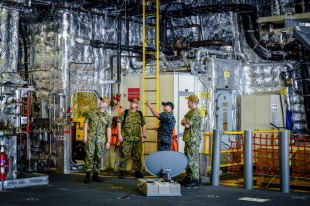 USS Manchester (LCS-14) is an Independence-class littoral combat ship in the United States Navy. She is the second ship to be named for Manchester, New Hampshire.

The ship's keel was laid on 29 June 2015, at Mobile, Alabama. The initials of New Hampshire senator Jeanne Shaheen, the ship's sponsor, were welded into the hull of Manchester during the traditional keel laying ceremony. Manchester was christened on 7 May 2016 and launched on 12 May 2016. She was commissioned on 26 May 2018.