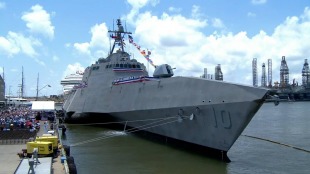 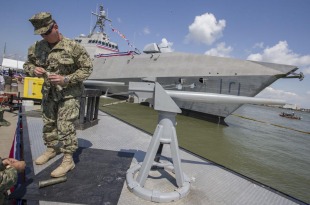 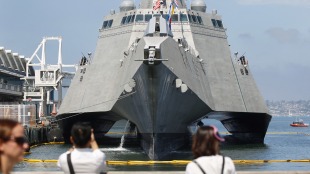 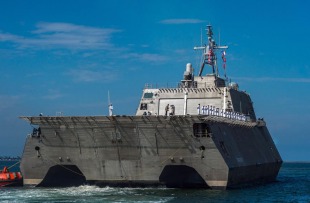 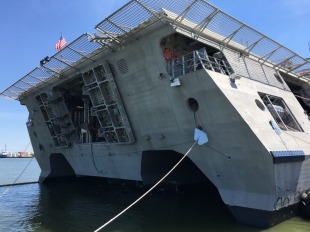 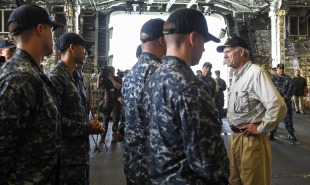 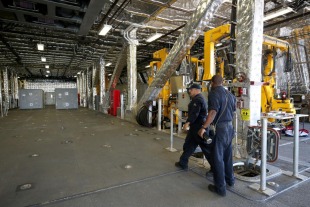 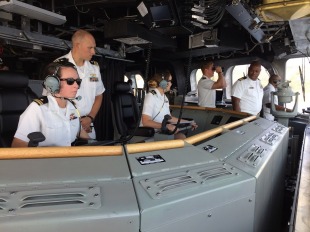 Namesake:
Gabrielle Dee "Gabby" Giffords (born June 8, 1970) is an American politician from Arizona and a gun control advocate. As a Democratic member of the United States House of Representatives, she represented Arizona's 8th congressional district.
Operator:

Construction on Gabrielle Giffords began with her keel laying on 16 April 2014, at the Austal USA shipyard in Mobile, Alabama. Rep. Giffords, still recovering from injuries sustained in the 2011 assassination attempt, attended the ship's keel-laying ceremony, and with the assistance of an Austal welder, welded her initials into a plate that would become part of the ship's hull. Gabrielle Giffords was launched, and then moved from her construction facility to drydock, on 26 February 2015. The ship was christened in a ceremony held at the Austal USA shipyard on 13 June 2015, and Second Lady of the United States Jill Biden served as ship sponsor at the christening. The ship was delivered to the U.S. Navy on 23 December 2016, and commissioned the following spring on 10 June 2017, in Galveston, Texas.