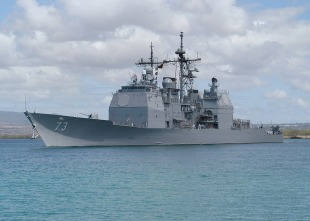 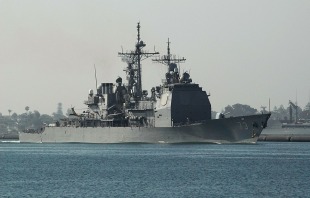 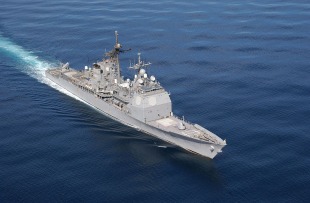 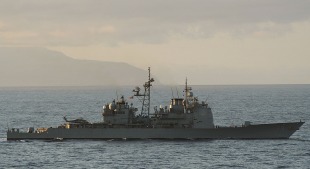 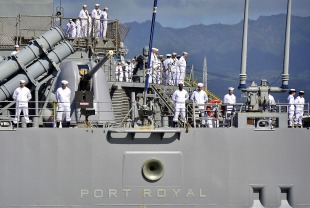 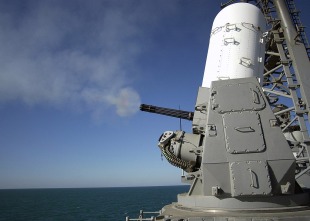 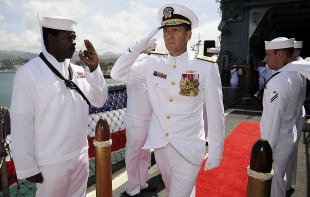 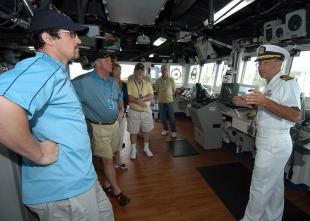 USS Port Royal (CG-73) is a United States Navy Ticonderoga-class guided missile cruiser, the 27th and final in the class. She is the second U.S. warship to bear the name of two naval battles of Port Royal Sound, South Carolina, of the American Revolutionary War and the American Civil War. However, during the initial building phase, the builders and crew were unaware of this history of the first Port Royal; as a result, the Engineering Control Center bears a plaque «First ship named».