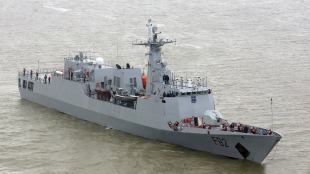 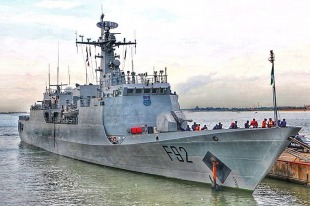 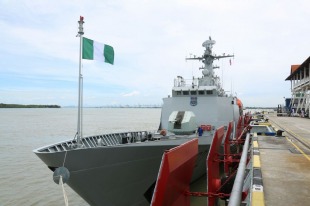 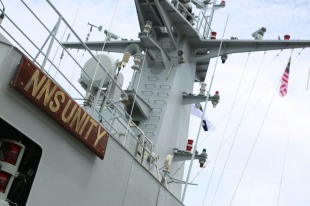 The second OPV, NNS Unity (F92), was reported in February 2015 to be undergoing outfitting at Wuchang, and was expected to be delivered in 2015. Nigeria had originally expected to receive it in mid-2014 for completion at Port Harcourt; the ship was delivered on 4 November 2016 to the Nigerian Navy in Lagos. NNS Unity was commissioned on 15 December 2016. In January 2017 the vessel was deployed to The Gambia in a «show of strength» as part of an ECOWAS sponsored intervention in the 2016–17 Gambian constitutional crisis.