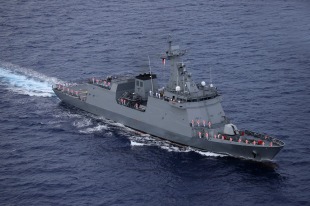 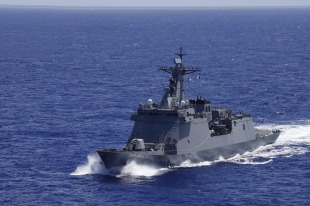 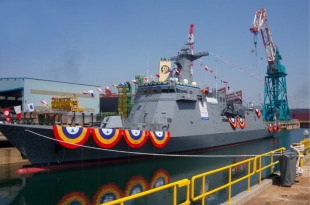 BRP Jose Rizal (FF 150) is the lead ship of her class of guided missile frigates of the Philippine Navy. She is the first purpose-built frigate of the service, as its major warships were mostly transferred from other navies and reclassified as frigates. She is also one of the service's primary warships able to conduct multirole operations such as coastal patrol and anti-submarine warfare.

BRP Jose Rizal was designed and built by South Korean shipbuilder Hyundai Heavy Industries (HHI) and was based on the HDF-2600 Frigate Design, which in turn was derived from the Incheon-class frigate of the Republic of Korea Navy (ROKN). Changes were made on the base design by making use of features found on newer frigates of the ROKN like the Daegu-class frigate, considering reduced radar cross-section by having cleaner lines and smooth surface design, as well as reduced overhangs. It also features a low free-board design similar also to the Daegu class and HTMS Bhumibol Adulyadej of the Royal Thai Navy.