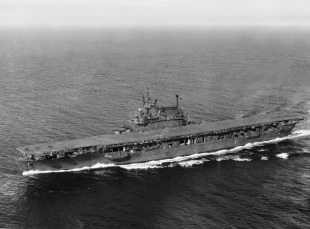 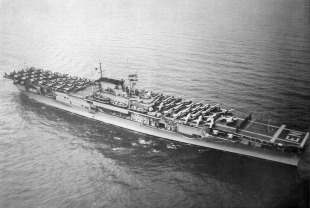 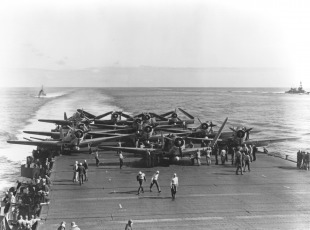 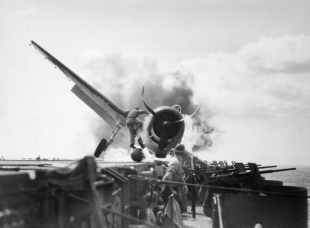 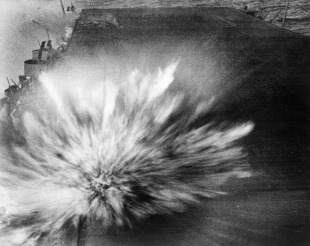 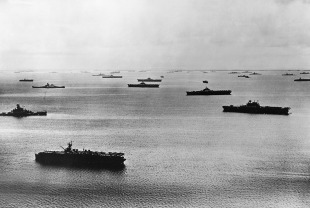 USS Enterprise (CV-6) was the seventh U.S. Navy vessel of that name. Colloquially called «The Big E», she was the sixth aircraft carrier of the United States Navy. A Yorktown-class carrier, she was launched in 1936 and was one of only three American carriers commissioned before World War II to survive the war. She participated in more major actions of the war against Japan than any other United States ship. These actions included the attack on Pearl Harbor (18 Douglas SBD Dauntless dive bombers of her Air Group arrived over the harbor during the attack; seven were shot down with eight airmen killed and two wounded — she was the only American aircraft carrier with men at Pearl Harbor during the attack and the first to sustain casualties during the Pacific War), the Battle of Midway, the Battle of the Eastern Solomons, the Battle of the Santa Cruz Islands, various other air-sea engagements during the Guadalcanal Campaign, the Battle of the Philippine Sea, and the Battle of Leyte Gulf.

Enterprise earned 20 battle stars, the most for any U.S. warship in World War II, and was the most decorated U.S. ship of World War II. She was also the first American ship to sink a full-sized enemy warship after the Pacific War had been declared when her aircraft sank the Japanese submarine I-70 on 10 December 1941. On three occasions during the war, the Japanese announced that she had been sunk in battle, inspiring her nickname «The Grey Ghost».