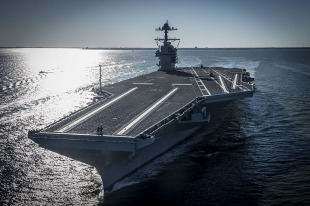 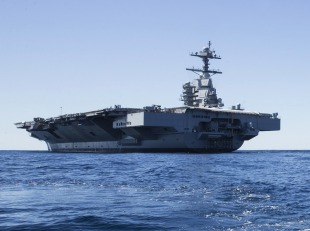 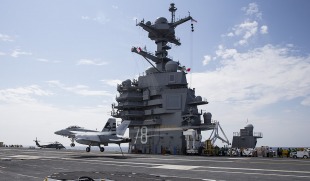 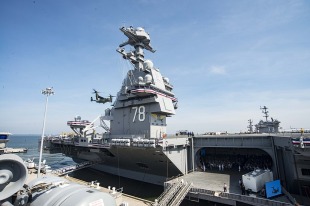 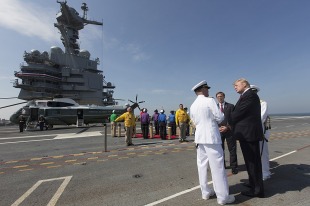 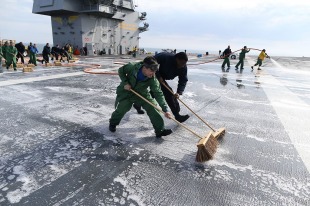 USS Gerald R. Ford (CVN-78) is the lead ship of her class of United States Navy aircraft carriers. The ship is named after the 38th President of the United States, Gerald Ford, whose World War II naval service included combat duty aboard the light aircraft carrier Monterey in the Pacific Theater.

The keel of Gerald R. Ford was laid down on 13 November 2009. Construction began on 11 August 2005, when Northrop Grumman held a ceremonial steel cut for a 15-ton plate that forms part of a side shell unit of the carrier. She was christened on 9 November 2013. Gerald R. Ford entered the fleet replacing the decommissioned USS Enterprise (CVN-65), which ended her 51 years of active service in December 2012. Originally scheduled for delivery in 2015, Gerald R. Ford was delivered to the Navy on 31 May 2017 and formally commissioned by President Donald Trump on 22 July 2017. She is expected to leave on her first deployment around 2022. As of 2017, she is the world's largest aircraft carrier.