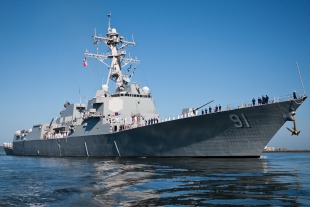 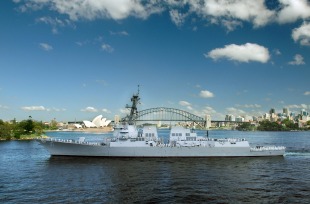 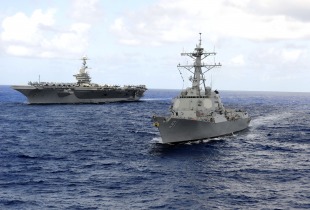 USS Pinckney (DDG-91) is an Arleigh Burke-class (Flight IIA) Aegis guided missile destroyer in the United States Navy. She is named for African American Officer's Cook First Class William Pinckney (1915–1976), who received the Navy Cross for his courageous rescue of a fellow crewmember on board the aircraft carrier Enterprise (CV-6) during the Battle of Santa Cruz.

Pinckney was laid down on 16 July 2001 by Ingalls Shipbuilding, at Pascagoula, Mississippi; launched on 26 June 2002; and commissioned on 29 May 2004 at Naval Construction Battalion Center Port Hueneme.

As of January 2018, Pinckney is homeported at NS San Diego, and assigned to Destroyer Squadron 23.