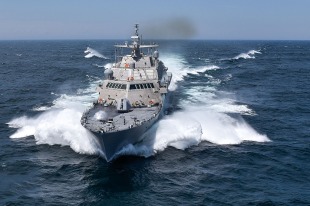 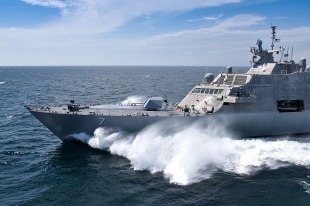 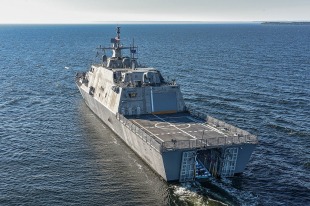 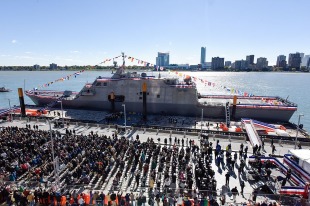 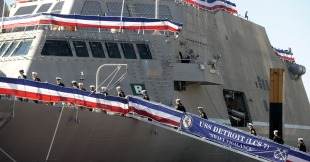 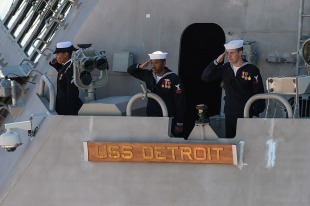 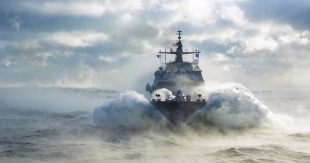 USS Detroit (LCS-7) is the fourth Freedom-class littoral combat ship of the United States Navy. The ceremonial “laying of the keel” was in early November 2012 at the Marinette Marine shipyards in Marinette, Wisconsin. The ship was launched on 18 October 2014.

The US Navy accepted Detroit into service on 12 August 2016; the ship was commissioned on 22 October 2016. She is assigned to Littoral Combat Ship Squadron TWO.

Detroit is the sixth ship to be named after the city of Detroit, Michigan.