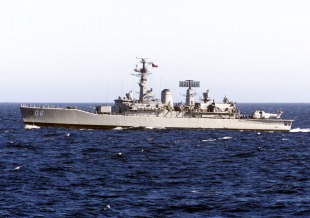 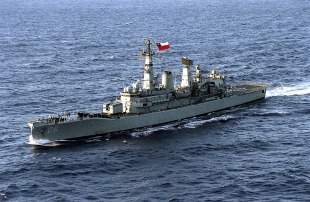 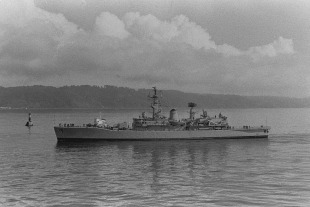 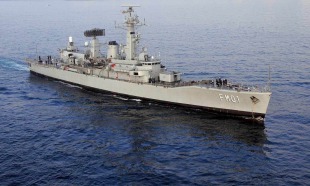 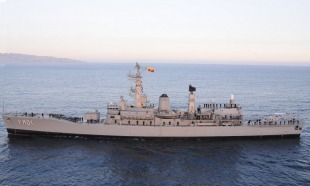 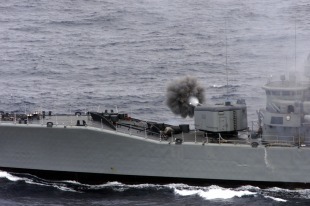 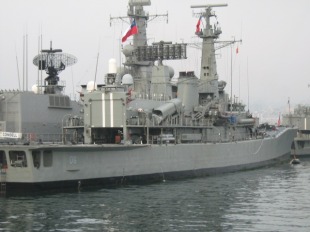 Namesake:
Carlos Arnaldo Condell De La Haza (August 14, 1843 – November 24, 1887) was a prominent Chilean naval officer and hero of the Battle of Punta Gruesa during the start of the War of the Pacific.
Renaming:
Operator:

She is a modified Leander-class frigate ordered by the Chilean government on 14 January 1970 as an ASW frigate, together with Almirante Lynch. The class was built between 1969 and 1973, under Chilean modifications at Yarrow Shipbuilders in Scotstoun, Glasgow. Almirante Condell was delivered to Chile in 1973. She was decommissioned on 11 December 2007.

In March 2008, she was sold to Ecuador, along with her sister ship Almirante Lynch, and renamed BAE Eloy Alfaro (FM 01). Both ships were handed over to the Navy of Ecuador on 18 April 2008.