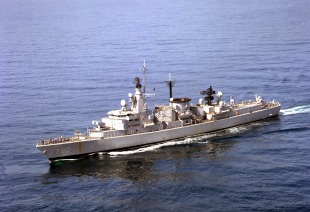 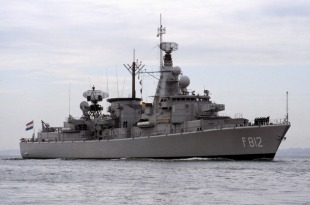 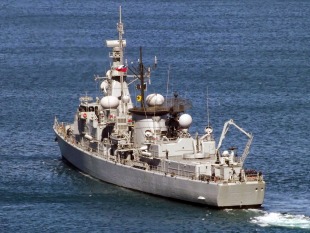 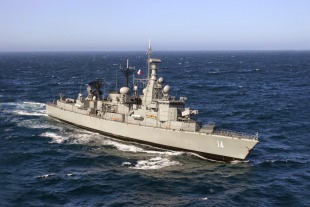 In the early 90s the ship participated in Operation Desert Storm.

In 1996 she made a trip to Norway with the frigates Bloys van Treslong, Willem van der Zaan, Tromp and the replenishment ship Amsterdam.

After the September 11 attacks the ship became part of Standing Naval Force Atlantic (STANAVFORLANT) for which she was sent to the eastern parts of the Mediterranean Sea where she participated in operation Direct Endeavour.

In 2003 she served for five months as flagship of the Standing Naval Force Mediterranean (STANAVFORMED). She served as the flagship for STANAVFORLANT in 2004 for six months.

On 2 December 2004 the vessel was decommissioned was and sold to the Chilean Navy.

The ship was put into service on 16 December 2005 where the ship was renamed Almirante Latorre (FFG-14).