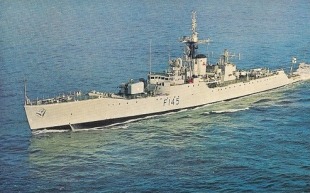 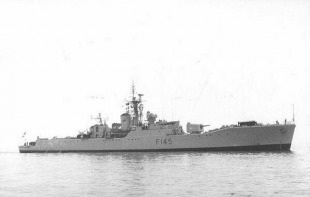 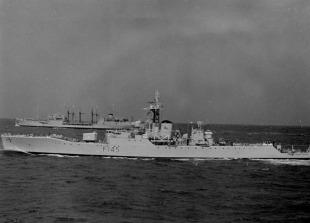 Namesake:
Marthinus Wessel Pretorius (17 September 1819 – 19 May 1901) was the first president of the South African Republic, and also compiled the constitution of the Republic.
Operator:

SAS President Pretorius was the last of three President-class Type 12 frigates built in the UK for the South African Navy (SAN) during the 1960s. The ship spent most of her career training and visited foreign ports in Africa and Australia. She had a lengthy modernisation during the 1970s and manpower shortages limited her activities after that was completed in 1977. President Pretorius was paid off in 1985 and was sold for scrap in 1992.