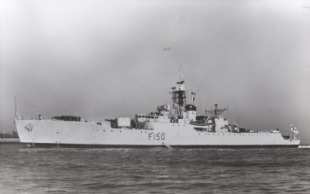 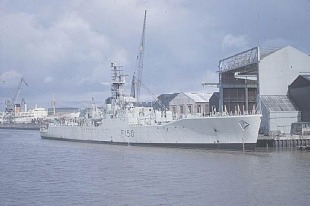 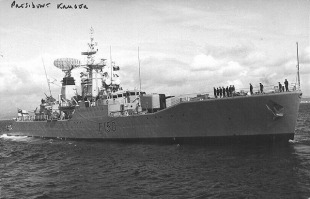 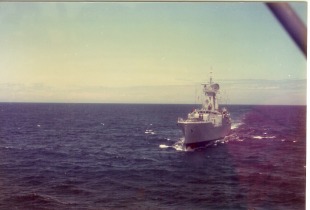 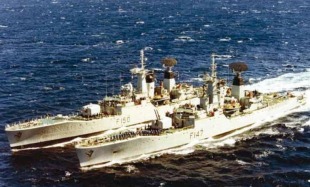 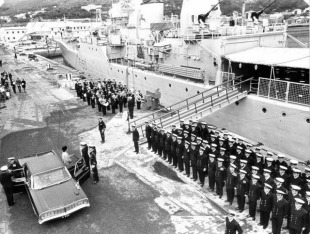 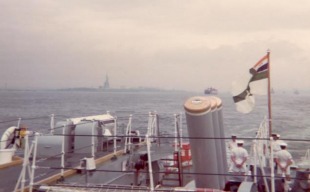 Namesake:
Stephanus Johannes Paulus "Paul" Kruger (10 October 1825 – 14 July 1904) was one of the dominant political and military figures in 19th-century South Africa, and President of the South African Republic (or Transvaal) from 1883 to 1900.
Operator:

SAS President Kruger was the first of three President-class Type 12M frigates built in the United Kingdom for the South African Navy (SAN) during the 1960s. The ship spent most of her career training and made visits to foreign ports in Africa, Western Europe and the United States. In the late 1960s, she was modernized and equipped to operate a helicopter. In the mid-1970s, President Kruger played a minor role in the South African Border War, conducting patrol operations off the Angolan coast. The ship was placed in reserve in 1977, but was recommissioned in 1980. She sank in 1982 with the loss of 16 lives after colliding with her replenishment oiler, SAS Tafelberg, in the South Atlantic.