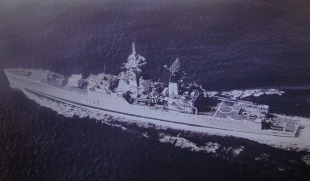 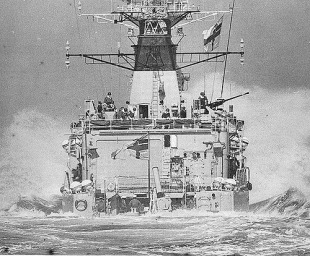 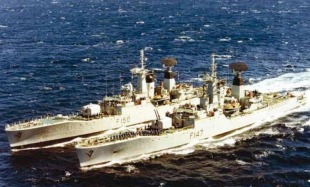 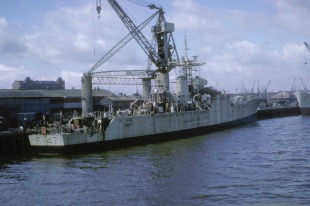 SAS President Steyn was the second of three President-class Type 12 frigates built in the UK for the South African Navy (SAN) during the 1960s. The ship spent most of her career training and made many visits to foreign ports in Africa, Western Europe and Australia. In the late 1960s, she was modernized and equipped to operate a helicopter. In the mid-1970s, President Steyn played a minor role in the Angolan Civil War as a part of South African operations against the communists. The ship was withdrawn from service in 1980 and was sunk as a target in 1991 after financial problems prevented her from being reactivated.