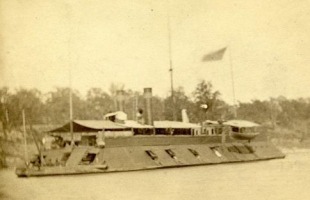 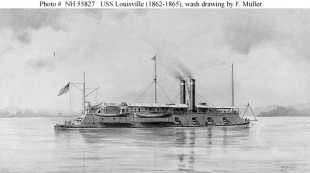 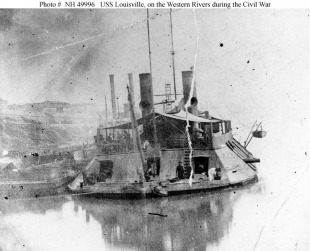 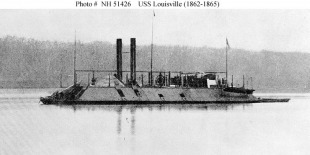 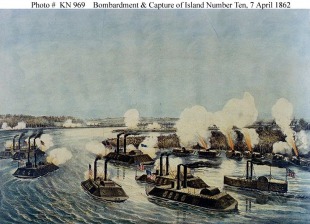 USS Louisville was a City-class ironclad gunboat constructed for the U.S. Army by James B. Eads during the American Civil War. (While initially owned by the Army, the City-class gunboats were commanded by U.S. Navy officers, and were eventually transferred to the Navy.)

Louisville was built at St. Louis, Missouri, by James B. Eads in 1861, under contract with the War Department for the price of $89,000. Designed by U.S. Navy «Constructor» (Naval Engineer) Samuel M. Pook, she was accepted 15 January 1862; and commissioned 16 January 1862, Commander Benjamin M. Dove, USN, in command. Despite being designed by naval personnel, budgetary concerns led the War Department to fund construction of Louisville with Army funds. As such, she was turned over to Army command upon completion and joined the Army's Mississippi River Squadron. Eventually the entire western river flotilla would be transferred to Navy command.