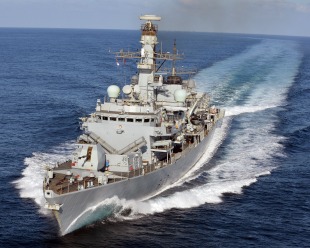 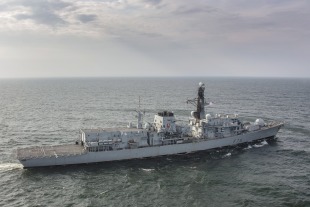 HMS Kent is a Type 23 Duke class frigate of the Royal Navy, and the twelfth ship to bear the name, although technically she is named after the dukedom rather than the county. Sponsored by Princess Alexandra, The Hon. Lady Ogilvy (daughter of the late Prince George, Duke of Kent), Kent was launched on 28 May 1998 and commissioned on 8 June 2000. She was the first ship to enter Royal Navy service in the 21st century.