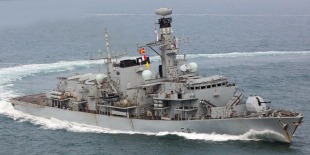 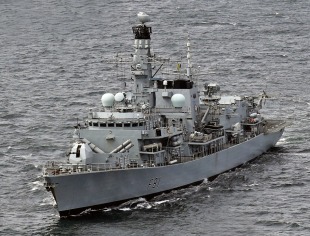 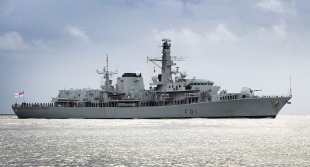 HMS Sutherland is a Type 23 frigate of the British Royal Navy. She is the thirteenth ship in the Duke class of frigates and is the third ship to bear the name, more than 200 years since the name was last used.

She was launched in 1996 by Lady Christina Walmsley, wife of Sir Robert Walmsley KCB. Before this occasion, Royal Navy ships had always been launched with a bottle of champagne, but Lady Walmsley broke with tradition and used a bottle of Macallan Scotch whisky.