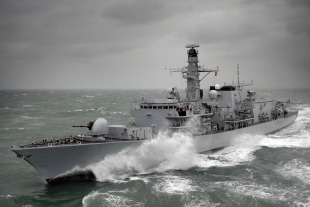 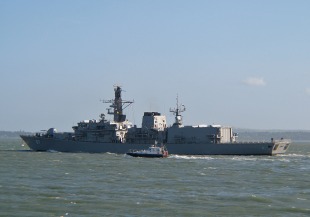 HMS Grafton is a Type 23 frigate formerly in service with the Royal Navy. She was the ninth vessel to bear the name, and is named after the Duke of Grafton. Ordered in January 1992, Grafton was laid down on 13 May 1993 by Yarrow Shipbuilders. The frigate was launched on 5 November 1994 and commissioned into the Royal Navy on 29 May 1997 with the pennant number F80. In 2007 the ship was transferred to Chile as Almirante Lynch and, having undergone a significant upgrade from 2019 to 2020, remains in service with the Chilean Navy.