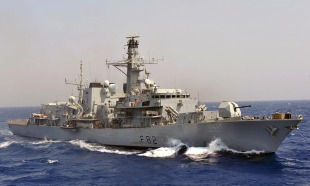 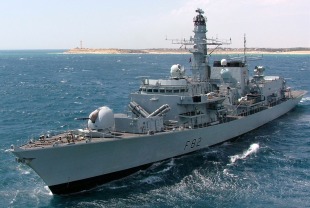 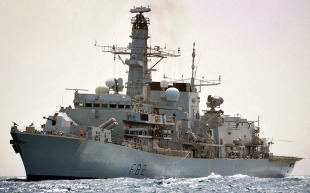 HMS Somerset is a Type 23 frigate of the Royal Navy. She is the eleventh ship of the class to join the fleet since 1989. She was built by Yarrow Shipbuilders Ltd on the River Clyde, in Scotland and was launched in June 1994 by Lady Elspeth Layard, wife of then 2nd Sea Lord Admiral and Commander-in-Chief Naval Home Command Admiral Sir Michael Layard. She entered service in 1996. Lady Layard is the ship's sponsor. She is named after the Dukedom of Somerset.