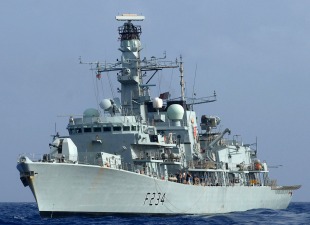 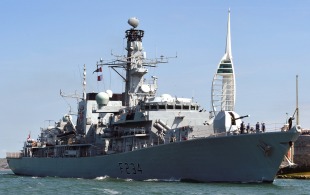 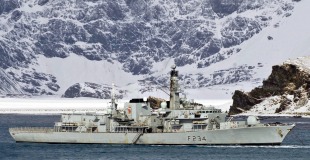 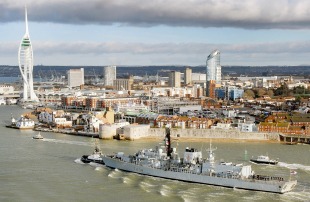 HMS Iron Duke is a Type 23 frigate of the Royal Navy, and the third ship to bear the name. Iron Duke has intercepted several large consignments of illegal drugs being sent from the Caribbean to Europe. In her only combat mission, she was in action off Libya in 2011, destroying a gun battery outside the besieged town of Misrata. She also fired star shells through the night to illuminate pro-Gadaffi positions for NATO aircraft to destroy rocket launchers, fuel dumps, ammo stores, artillery batteries and command and control centres, whilst also confirming that no civilians were in the area.