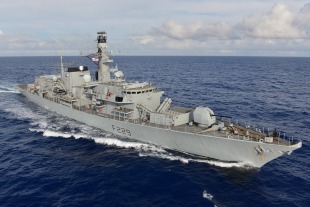 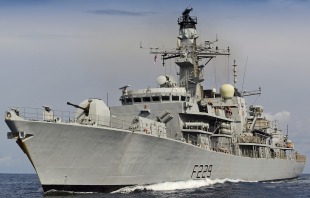 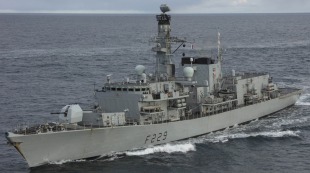 HMS Lancaster is a Duke-class Type 23 frigate of the Royal Navy, launched by Queen Elizabeth II on 24 May 1990. The ship is known as «The Queen's Frigate», the Duke of Lancaster being a subsidiary title of the Sovereign. Being the third ship in the Type 23 class, Lancaster was originally allocated the pennant number F232 until it was noted that the 232 is the Royal Navy report form for groundings and collisions and therefore considered unlucky. She is one of the few ships left in the fleet with some female officers but mess decks which are men-only. It is quite common when she has returned from long operations that she is flown over by the Avro Lancaster bomber which is part of the Battle of Britain Memorial Flight based at RAF Coningsby.