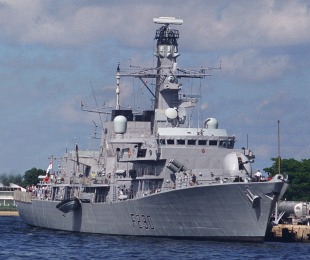 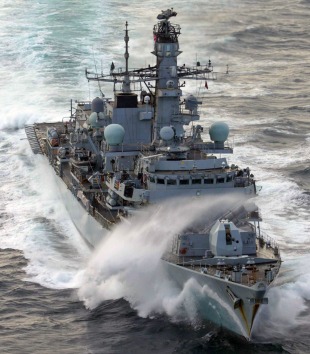 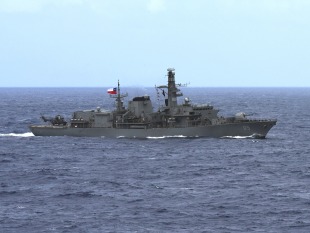 HMS Norfolk was a British Type 23 frigate, the sixth in the Royal Navy to use this name, laid down in 1985 by Yarrow Shipbuilders. She was launched on the Clyde by Princess Margaret, Countess of Snowdon in July 1987 and named for the Dukedom of Norfolk. She was commissioned on 1 June 1990. Norfolk was the 'first of class', as well as being the first of a new generation of 'lean manned' ships. She was commissioned into the Chilean Navy in 2006 as Almirante Cochrane.