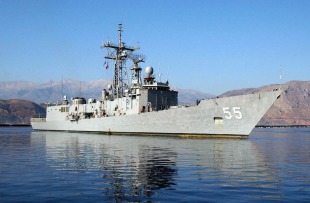 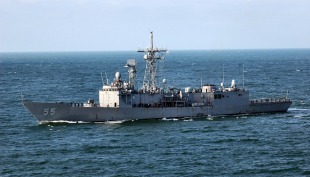 USS Elrod (FFG-55), an Oliver Hazard Perry-class frigate, is a ship of the United States Navy named after Captain Henry T. Elrod (1905–1941), a Marine aviator who was posthumously awarded the Medal of Honor for his heroism in the defense of Wake Island in World War II.

The ship was originally home ported in Charleston, SC and shifted to Norfolk, VA in March 1995. Elrod completed five deployments to the Persian Gulf, three to the Mediterranean Sea, and one to the Adriatic Sea, and has participated in numerous operations in the Atlantic Ocean, the Mediterranean Sea, the Black Sea and the Caribbean Sea. She was the frigate long-hull variant (Flight II).