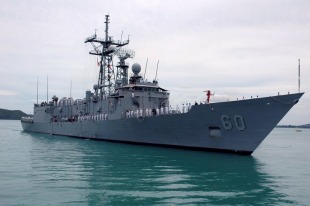 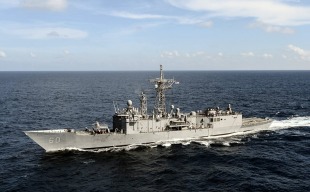 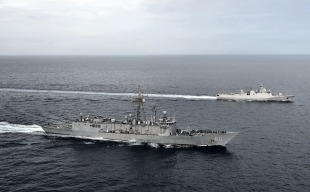 USS Rodney M. Davis (FFG-60) was an Oliver Hazard Perry-class guided missile frigate of the United States Navy named for Marine Sergeant Rodney Maxwell Davis (1942–1967), who was posthumously awarded the Medal of Honor for his heroism in the Vietnam War.

The ship was homeported at Yokosuka, Japan for several years while assigned to Destroyer Squadron 15. She was the frigate long-hull variant (Flight II). Rodney M. Davis was decommissioned at NS Everett on 23 January 2015. She was sunk 12 July 2022 during RIMPAC 2022.