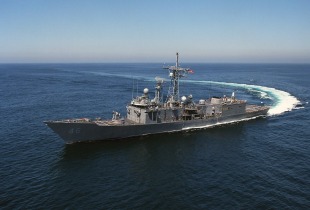 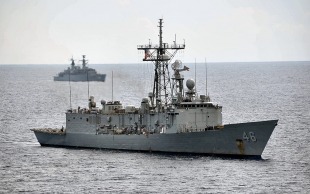 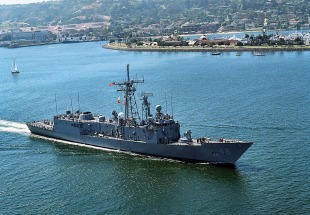 USS Rentz (FFG-46) was a United States Navy Oliver Hazard Perry-class guided missile frigate. She was named for George S. Rentz, a World War II Navy Chaplain, posthumously awarded the Navy Cross for actions following the loss of USS Houston in the Battle of Sunda Strait. He was the only Navy chaplain to be so honored during World War II. She was the frigate long-hull variant (Flight II).