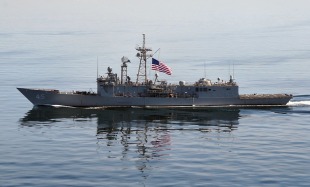 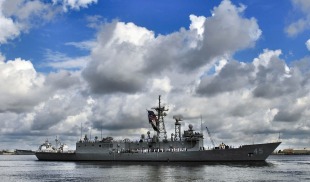 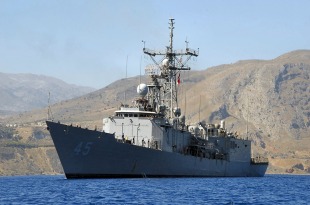 USS De Wert (FFG-45), an Oliver Hazard Perry-class frigate, was a ship of the United States Navy. She was named for Hospitalman Richard De Wert (1931–1951). De Wert posthumously received the Medal of Honor for his heroism while serving with the 7th Marines during the Korean War.

De Wert was laid down on 14 June 1982 by the Bath Iron Works, in Bath, Maine; launched on 18 December 1982, sponsored by Reta C. Kennedy; and commissioned on 19 November 1983 at Bath, Commander Douglas Armstrong in command. She was the frigate long-hull variant (Flight II).