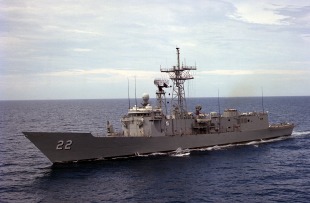 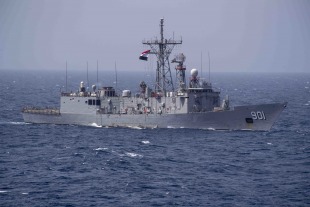 USS Fahrion in American service in 1995. Fahrion (FFG-22) was the first ship of that name in the US Navy.