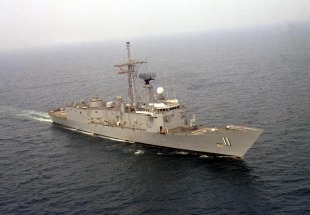 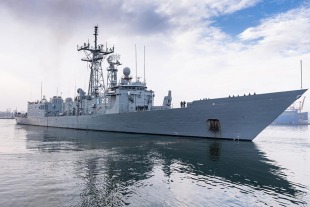 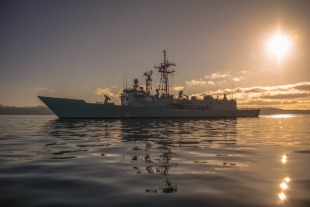 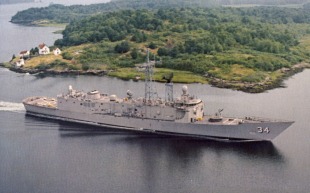 ORP Generał Kazimierz Pułaski is one of two Oliver Hazard Perry-class guided missile frigates of the Polish Navy. Formerly serving in the United States Navy as the USS Clark (FFG-11), after her transfer to Poland she was named for Kazimierz Pułaski, who fought in both the War of the Bar Confederation in Poland and later the American Revolutionary War. She was the frigate short-hull variant (Flight I). As the USS Clark, she was the US Navy's fifth ship of the Oliver Hazard Perry class, and was named for Admiral Joseph James «Jocko» Clark (1893–1971). The ship is propelled by two General Electric LM-2500 gas turbines and two 350 horsepower (261 kW) electric drive auxiliary propulsion units. The Gen K. Pułaski is currently homeported at Gdynia (Oksywie).