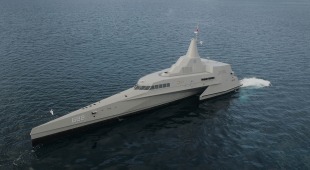 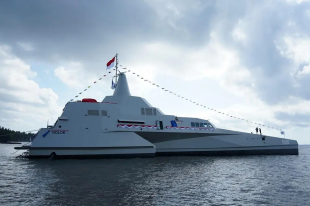 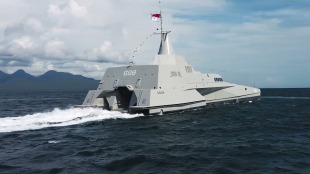 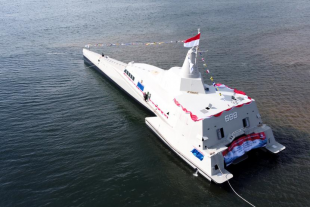 A replacement 63 m trimaran was ordered in Banyuwangi, and was expected to be launched in early 2016. In the interim period, advances in infusable vinylester resin chemistry have seen the incorporation of nano particles into the resin. These particles aid the transfer of the resin through the carbon/glass fibre matrix and allow the use of fire retardant grade vinylester for infusion. This makes the carbon fibre composite structure of the new vessel self-extinguishing. The ship was launched on 21 August 2021, and named as KRI Golok (hull no. 688). Golok was commissioned on 14 January 2022 at Surabaya.