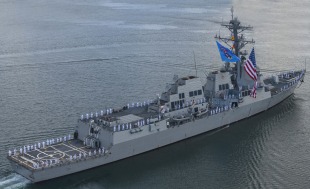 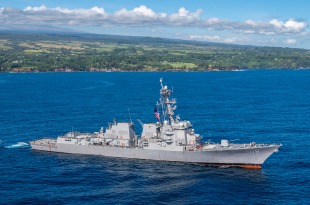 Daniel Inouye is the third of eight planned Flight IIA «technology insertion» ships, which contains elements of the Flight III ships projected to begin with DDG-125.

Daniel Inouye's keel was laid on 14 May 2018 and christened by Inouye's widow, Irene Hirano Inouye, on 22 June 2019. General Dynamics Bath Iron Works delivered the ship to the U.S. Navy on 8 March 2021. She was commissioned on 8 December 2021 in a ceremony at her homeport, Joint Base Pearl Harbor-Hickam. Maggie Inouye, with presence of Jessica Inouye and Jennifer Sabas, giving the order to «man our ship and bring her to life» in the place of Irene Hirano Inouye, who died in 2020.