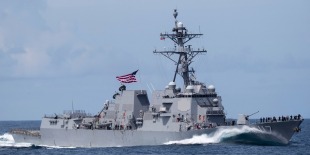 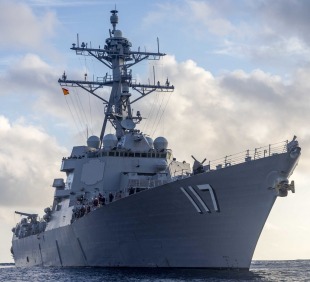 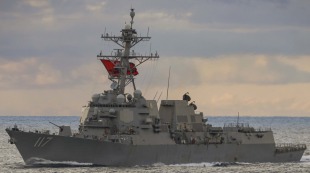 USS Paul Ignatius (DDG-117) is an Arleigh Burke-class (Flight IIA Technology Insertion) Aegis guided missile destroyer of the United States Navy. She is named for Paul Ignatius who served as United States Secretary of the Navy under President Lyndon Johnson from 1967 to 1969. Ignatius had previously served as a commissioned lieutenant in the Navy during World War II. Paul Ignatius is the 2nd of 8 planned Flight IIA «technology insertion» ships, which contains elements of the Flight III ships.

She was launched on 12 November 2016, and was christened on 8 April 2017. The ship was commissioned on 27 July 2019 Port Everglades in Fort Lauderdale, Florida. Dr. Elisa Ignatius, granddaughter to the late Mrs. Nancy Ignatius, will serve as the ship sponsor representative. USS Paul Ignatius is homeported in Rota.