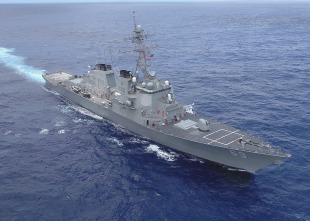 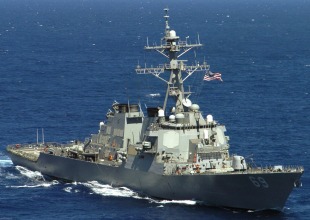 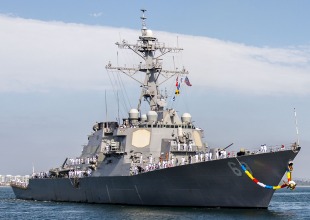 USS Milius (DDG-69) is an Arleigh Burke-class (Flight I) Aegis guided missile destroyer of the United States Navy. It is the first United States Navy Ship named after a POW/MIA from the Vietnam War. She is named after Captain Paul L. Milius, a Naval Aviator presumed killed following the crash of his aircraft over Laos in February 1968. Captain Milius's daughter, Annette, became the sponsor and later christened the ship named in honor of her father.