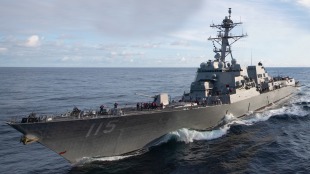 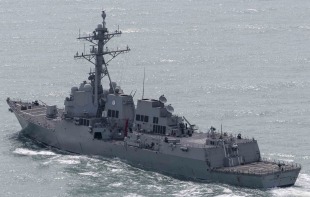 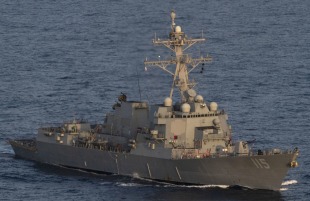 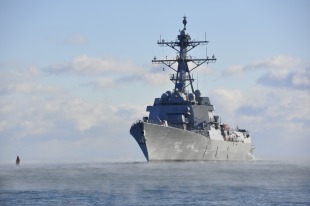 USS Rafael Peralta (DDG-115) is an Arleigh Burke-class (Flight IIA Restart) Aegis guided missile destroyer in the United States Navy. The destroyer can operate with a Carrier Strike Group (CSG), Expeditionary Strike Group (ESG), as an element of a Surface Action Group (SAG), or independently. The ship can conduct a variety of missions in support of national military strategy. From peacetime presence and crisis management to sea control and power projection, 115 will be capable of carrying out Integrated Air and Missile Defense (IAMD), Undersea Warfare (USW), Surface Warfare (SW), and Strike Warfare STW in multi-threat environments.

The $679.6 million contract to build her was awarded on 26 September 2011 to Bath Iron Works of Bath, Maine. On 15 February 2012, Secretary of the Navy Ray Mabus announced the ship's named to be Rafael Peralta in honor of Marine Rafael Peralta, who was petitioned for the Medal of Honor for shielding several Marines from a grenade in November 2004 during the Iraq War; however, he was posthumously awarded the Navy Cross instead, after doubts regarding the exact sequence of events prior to his death were raised.