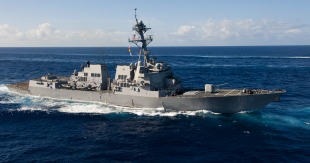 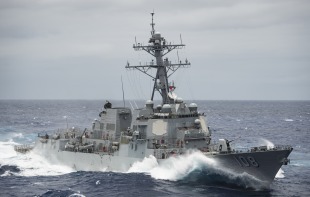 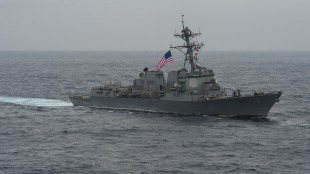 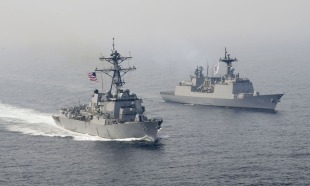 USS Wayne E. Meyer (DDG-108) is an Arleigh Burke-class (Flight IIA) Aegis guided missile destroyer in the United States Navy. She is named after Rear Admiral Wayne E. Meyer, known as the «Father of Aegis». She carries the 100th AEGIS Weapon System to be delivered to the United States Navy. Wayne E. Meyer is the 58th destroyer in her class. She was built by Bath Iron Works, and was christened by sponsor Anna Mae Meyer, wife of Admiral Meyer, and launched on 18 October 2008. She completed sea trials in June 2009 and was delivered to the Navy in July 2009. She was commissioned on the Delaware River in Philadelphia, Pennsylvania on 10 October 2009.