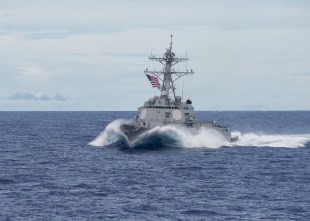 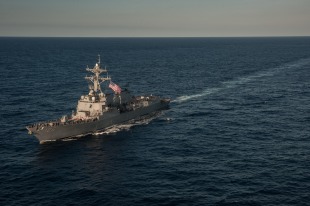 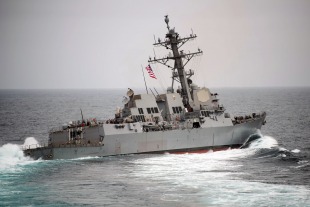 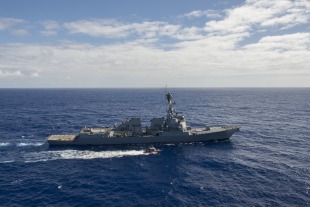 USS Stockdale (DDG-106) is an Arleigh Burke-class (Flight IIA) Aegis guided missile destroyer in the United States Navy. The third U.S. Navy ship of that name, Stockdale is named after Vice Admiral James Bond Stockdale (1923–2005) and is the 56th destroyer in her class. She was authorized on 13 September 2002 and was built by Bath Iron Works. Stockdale was christened 10 May 2008 by Admiral Stockdale's widow, Sybil, and delivered to the Navy on 30 September 2008. She transited the Panama Canal in March 2009; Admiral Stockdale's youngest son and grandchildren joined the ship for the trip. USS Stockdale was commissioned on 18 April 2009 at Port Hueneme.