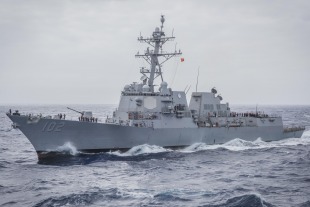 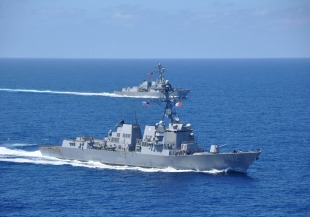 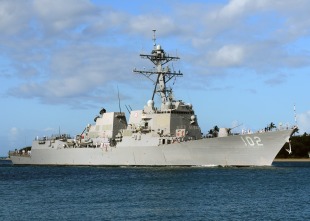 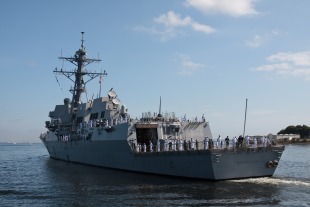 USS Sampson (DDG-102) is an Arleigh Burke-class (Flight IIA) Aegis guided missile destroyer in the United States Navy. Funding for the Flight IIA (5"/62, one 20mm CIWS variant) ship was authorized in 2002 and her keel was laid on 20 March 2005. She is the fourth US Navy ship named to honor Rear Admiral William T. Sampson.

She was built by Bath Iron Works in Bath, Maine. At her christening on 16 September 2006, the principal address was delivered by Senator Susan Collins of Maine, and the vessel was christened by Clara Parsons, great-granddaughter of Rear Admiral Sampson and daughter of William Sterling Parsons, as the ship's sponsor.