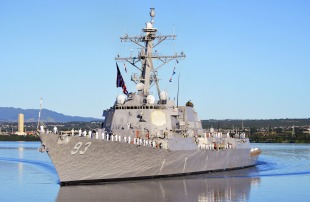 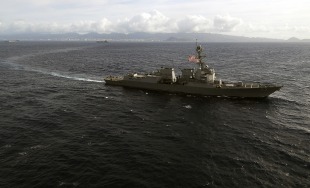 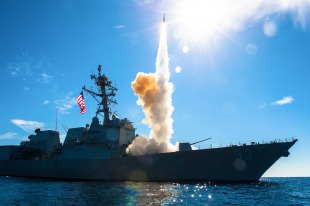 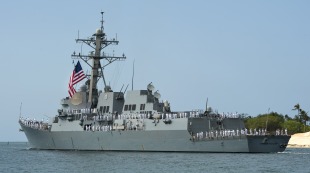 The contract to build her was awarded to Northrop Grumman Ship Systems on 6 March 1998, and her keel was laid down on 14 January 2002, at Ingalls Shipbuilding, Incorporated. She was launched on 11 January 2003, sponsored by Michelle Punana Chung-Hoon of Honolulu, Hawaii, Chung-Hoon's niece, and commissioned on 18 September 2004.

She is part of the Pacific Fleet and homeported in Pearl Harbor, Hawaii.