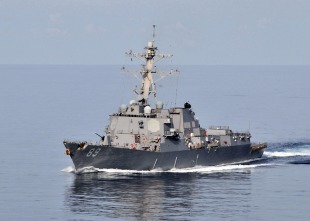 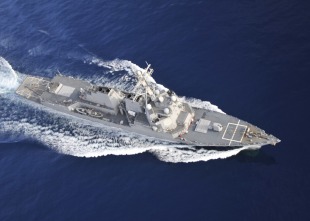 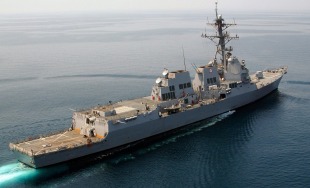 USS Mustin (DDG-89) is an Arleigh Burke-class (Flight IIA) Aegis guided missile destroyer in the United States Navy. She is named in honor of the Mustin family who has devoted over a century of US Naval service. This ship is the 39th destroyer of her class. Mustin was the 18th ship of this class to be built at Ingalls Shipbuilding in Pascagoula, Mississippi, and construction began on 15 January 2001. She was launched on 12 December 2001 and was christened on 15 December 2001. On 26 July 2003, a twilight commissioning ceremony was held at the Naval Air Station North Island in San Diego, California.