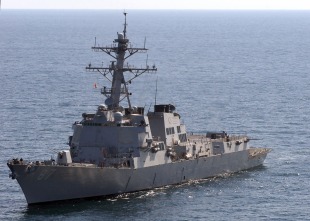 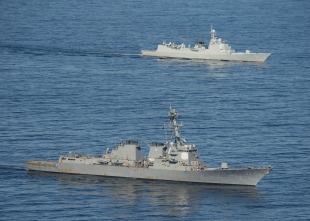 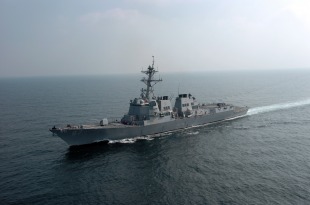 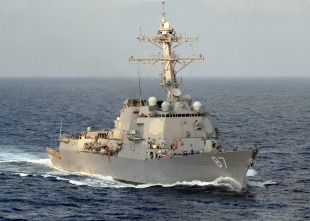 USS Mason (DDG-87) is an Arleigh Burke-class (Flight IIA) Aegis guided missile destroyer in the United States Navy. She is named in honor of the non-segregated crew serving on board USS Mason (DE-529). This ship is the 37th destroyer of its class. USS Mason was the 21st ship of this class to be built at Bath Iron Works in Bath, Maine, and construction began on 19 January 2000. She was launched and christened on 23 June 2001. On 12 April 2003, a commissioning ceremony was held at Port Canaveral, Florida. She is currently homeported in Mayport, Florida.