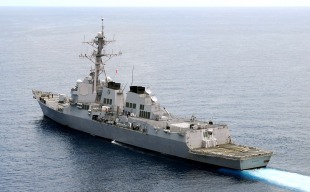 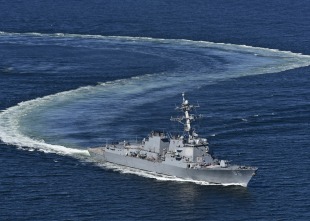 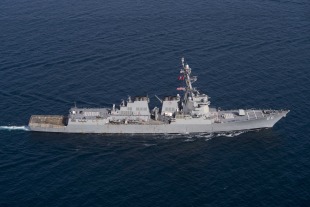 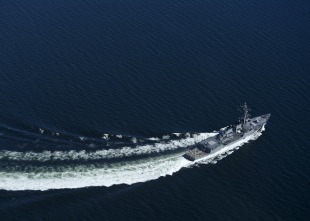 Construction, on the 36th destroyer of her class, began at the Northrop Grumman Ship Systems' Ingalls Operations on 10 November 1998. Shoup was the 16th ship of this class to be built at Ingalls Shipbuilding. Her keel was laid on 13 December 1999 and she was launched on 22 November 2000. Shoup sailed into the Gulf of Mexico for the first of her sea trials on 11 December 2001. The vessel was delivered to the Navy by Northrop Grumman on 18 February 2002 and departed Pascagoula, Mississippi on 22 April 2002. Shoup was commissioned on 22 June 2002 at Port Terminal 37 in Seattle, Washington.