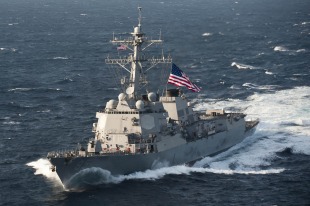 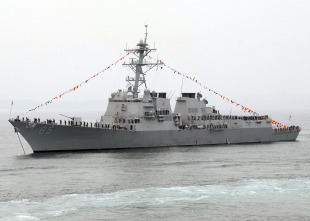 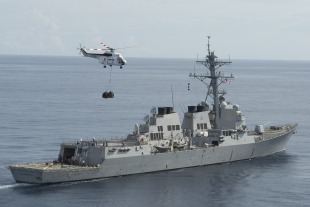 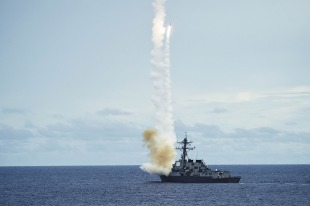 USS McCampbell (DDG-85) is an Arleigh Burke-class (Flight IIA) Aegis guided missile destroyer in the United States Navy. She is named in honor of Naval Aviator Captain David S. McCampbell, a Medal of Honor and Navy Cross recipient who was the Navy's leading ace in World War II. This ship is the 35th destroyer of her class. USS McCampbell was the 20th ship of this class to be built by Bath Iron Works at Bath, Maine, and construction began on 16 July 1999. She was launched and christened on 2 July 2000. On 17 August 2002, the commissioning ceremony was held at Pier 30 in San Francisco, California.