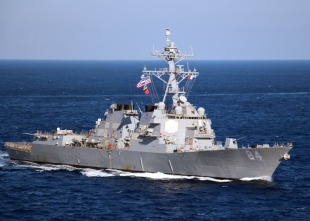 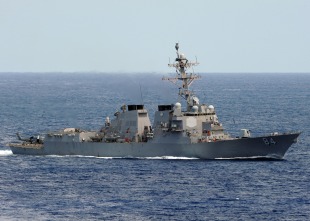 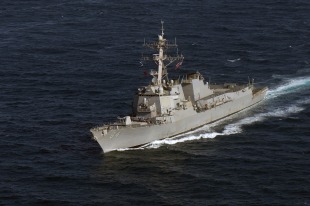 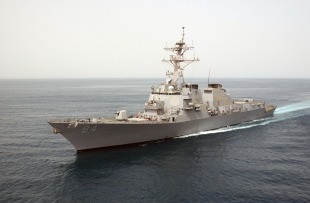 USS Bulkeley (DDG-84) is an Arleigh Burke-class Flight IIA) Aegis guided missile destroyer in the United States Navy. She is named for Medal of Honor recipient Vice Admiral John D. Bulkeley. This ship is the 34th destroyer of its class. USS Bulkeley was the 15th ship of this class to be built at Ingalls Shipbuilding in Pascagoula, Mississippi, and construction began on 10 May 1999. She was launched on 21 June 2000 and was christened on 24 June 2000. On 8 December 2001 she was commissioned during a pierside ceremony at the Intrepid Sea, Air and Space Museum in New York City, New York, with CDR Carlos Del Toro in command. Del Toro would then go on to become the 78th Secretary of the Navy in 2021.